1) Sportsmanship – PAC expects the best behavior out of all involved with the program. This

includes, but not limited too, players, coaches, parents and spectators. PAC will have
each tournament host report all unsportsmanlike ejections and other incidents similar in
nature, to the state office. We will track at the state office and there will be penalties enforced
accordingly.

2) 1st Incident – Following the game/time of the ejection, there will be an addition 1 game
suspension to be administered by the tournament host. If the suspension carries over to
another event, then the tournament host will report it to the state office and then it will
carry over to the next event in which the team participates.

3) 2nd Incident – Following the game/time of the ejection, there will be an addition 3 game
suspension to be administered by the tournament host. If the suspension carries over to
another event, then the tournament host will report it to the state office and then it will
carry over to the next event in which the team participates.

5) Scorebook – The home team is responsible for keeping the official scorebook.

6) Rosters
a) All teams must have roster on-line before they start their first game.
b) Adding players may affect your classification.

7) If a team’s class is changed after entering an event, it is the manager’s responsibility to
notify the host.

8) Batting Order
a) EH (Extra Hitter) is allowed in all age groups. The EH shall be considered a starter. A team
using an EH will have 10 players in their lineup at all times. Teams wishing to use the EH
must declare so before the game.
b) Teams may bat all players present, but if a player is unable to bat for any reason, that
player will be declared out.
c) If not batting your roster, starters may reenter once per game. Substitutes may not
reenter.
d) Free defensive substitution allowed if batting your roster, but all pitching limitations must
still be followed.
e) A team may start a game with as few as 8 players, but they can not go to 7 players. Teams
will take an out if they don’t have an eligible player to appear in a batting position based
on the standard starting positions on Defense.
i) 8U and Under – 10 Positions
(1) If Batting 9 – The 10th position would be an out.
(2) If Batting 8 – The 9th and 10th position would be outs.
ii) 9U and Above – 9 Positions
(1) If Batting 8 – The 9th Position would be an out.

g) NOTE: If a forfeit occurs or even number of games can’t be played in pool play, then the
team’s average of the games played will be used to determine seeding.

h) Forfeit in Pool Play Is an automatic forfeit out of the tournament.

15) Protest
a) $100 cash must accompany protest.
b) If protest is upheld and a ruling is overturned, protest fee is returned.

17) Ejections
a) Anyone ejected from a game must sit out the next game.
b) Being confined to the dugout is not considered an ejection.

18) Coach/Machine Pitch
a) Players get 3 swinging strikes or 6 pitches.
b) Foul balls will extend an at bat as long as they have pitches left.

19) Delays/Rain Outs
a) If delays occur, then the tournament director will determine the best way to seed teams.
b) In the event a tournament cannot be completed after it has started, place/points may be
awarded based on games played.

20) 7U thru 10U Brackets – Classifications may be combined without notice to teams at any
event.

21) Team Classification – A teams’ classification may be adjusted at anytime including during
the season. If players are added to a roster, it may affect the classification of the team. It is
the managers’ responsibility to follow the guidelines. If a team is found to be playing in the
wrong class, it could mean removal from an event even if it’s during the event.

Where Are My PAC Points?

A question that we (as host) continue to answer is… “Where are our points?”

The answer is simple…it’s a process that takes time.  Although results are almost immediate, typically it takes 10-14 days from the end of the tournament before your points will be awarded.
Here is the process.

As tournament host, there is nothing we can do to speed up the process or award points ourselves.

Only the USSSA State Office can award points.

Tournament Host should inform teams by the Wednesday before the event if there is a possibility that an event may not make.

Teams Withdrawing From Events – Any team that withdraws from an event after 12 NOON
on Monday, or after the brackets have been started (which on larger events could be earlier than the Monday before the start of the event), may be responsible for
the entry fee or appropriate fee set by the tournament host.  The team is also not allowed to play in another event that weekend. Some facilities and certain events may have other guidelines that are higher on the penalty and withdrawing deadline may be earlier.

Teams withdrawing from a sold out bracket- Teams will need to give notice at least 10 days prior tournament start date to receive a 50% refund. If a team decides to withdrawal with in the 10 day window no refund is issued.

If a tournament is canceled due to weather the refund policy is as followed.

If a team plays zero games, 100% refund is issued

If a team plays one game 50% refund is issued

If a team plays two games 0% refund is issued

Understand that any games guaranteed in an event is against elimination and not weather.

All teams do have the option to transfer any refund amount and apply it to future event. Excluding State, Super Nit’s and World Series

Teams Entering Frees Events – If a team enters a free event and withdraws as describe in 22b, they will be responsible for a minimum of the entry fee and maybe other loses.

If a team enters an event that they are not eligible for by their roster make up, they shall be
removed from the event immediately. If it is discovered after the event is concluded, the
team will be placed in 99th place and awarded no points. Either way the team will receive no
points.

Tournament Director has the ability to adopt or modify any of these rules as needed during
the course of the event with the approval of the State Office. 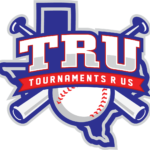